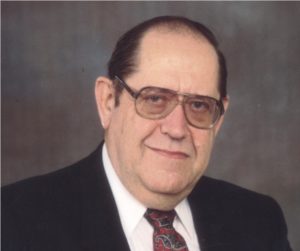 Actively involved in bridge governance for decades, Cook was elected president of the League in 1995 as the Board member representing District 23 (the Los Angeles area). He served two three-year terms on the Board from 1992–1997. Cook also served on the boards of District 23 and Unit 562 (West Los Angeles). Cook was a member of the World Bridge Federation board and of the ACBL Bridge Hall of Fame Committee for many years.

After earning a degree in civil engineering from Iowa State, Cook enlisted in the Navy and completed Officer Training School. Following commissioning, he served active duty as a communications officer. He flew many reconnaissance flights over Asia.

In civilian life, Cook worked for Douglas Aircraft/McDonnell Douglas/Boeing. He worked on many projects developing airplanes ranging from the DC-10 to fighter planes. His love of airplanes allowed him to engage in one of his favorite hobbies: international travel. Cook visited more than 50 counties.

Cook is survived by his wife of 62 years, Beverly, his daughter Karen Ray, son-in-law Daniel Ray, and grandchildren Sydney, Lauren, and Aaron. Donations in his memory may be made online to the ACBL Educational Foundation.