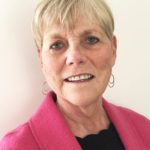 Frederick, who has worked as a marketing and communications consultant for both non-profit and for-profit companies, previously served as the CEO of the Community Foundation for the Greater Capital Region in northeastern New York, where she increased assets from $28 million to $42 million, secured $16 million in future gifts and branded the organization as “The Regional Center for Philanthropy.”

Joel Kramer, chairman of the search committee, said the committee received more than 50 applications for the position, but Frederick became the obvious choice for the new role.

“Kristen’s experience as a fundraiser – as well as her passion for bridge – makes her a great fit for our organization,” Kramer said.

As the Foundation’s executive director, Frederick will lead all operations, including fundraising, grantmaking and working with the board of trustees on a strategy for growth. She will report to the board, which is led by Barbara Heller.

“Kristen exemplifies such excellent qualities, and her positive energy, expertise and spirit will enable us to grow the Foundation to its fullest potential,” Heller said.

Frederick, who will be based in New York, is excited about the opportunities her new position will bring.

“It’s an exciting challenge to be the pioneering executive director of the ACBL Educational Foundation,” she said. “We will be exploring innovative ways to strategically market the game of bridge and to strengthen grantmaking initiatives to support effective bridge education programs.”