Playing bridge as an effort to fight the onset of dementia 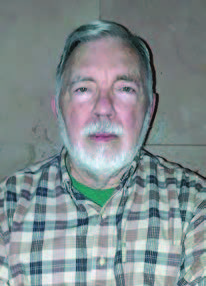 Ken Hanson was working on his Austin TX house six years ago when he fell off a ladder. At first, he was mostly concerned with rehabilitating his back, but over time, it became clear he was having memory issues. His doctor, a longtime friend, would administer a short-term memory test at each office visit, and Hanson could never pass.

Over the course of 2016, things got worse. “I had sunk into a depressive state that made me incapable of human interaction,” he says. “If it weren’t for the blunt intervention of my physician, I might still be living like a hermit. He said that I should start writing my obituary if I couldn’t engage with life and find some sort of mental stimulus.”

To combat incipient dementia, Hanson needed two things: social interaction and to engage his brain. Fortunately, he and his doctor knew how to get both at the same time: play bridge.

Hanson had played for about five years when he was in his mid-50s, but quit when the friends who recruited him died. His doctor suggested it was time to go back. He hadn’t played in 16 years
when he ventured into the Bridge Center of Austin in January 2017.

It was hard getting back into it, especially with his condition. “When I resumed playing bridge, I was at a great disadvantage,” Hanson says. “I couldn’t focus on the bridge hands for more than a few minutes. I had forgotten most of the limited conventions I once knew. I frequently had difficulty following suit or declaring a hand optimally. My defensive techniques were nonexistent.”

But help was available at the club. “The great number of friendly and helpful people, including a disproportionate number of certified instructors, are a godsend to the new or renewing player.” Hanson credits Wynnie Noelke with showing the same patience with him that she did when he learned bridge the first time, decades ago. BCA also offers a number of limited-masterpoint games that allow novices to ease into competition.

Though concentration remains a struggle, Hanson improved enough that he won the Helen Shanbrom Ace of Clubs for the 100–200 bracket in 2018. Best of all, his social situation turned around completely. “I’ve formed a number of true friendships,” he says. “During 2018, I played with 35–40 different partners, most of them friends I had made at the novice games.”

But despite the improvement, diminished awareness continues to plague Hanson and his bridge game. As he puts it, “You can’t recognize how stupid you are until you’ve made an unrecoverable blunder.” He has developed some coping methods that he hopes will be helpful to others facing similar issues. He attacks his bridge deficiencies in three areas: nutrition, education and practice.

He began taking any supplement he could find that claimed to benefit brain function. He has stuck with multivitamins, omega-3/6/9 acids, L-carnitine, turmeric, ginkgo biloba and some herbal mixes. If he plans to play two sessions, he’ll bring a baggie with second helpings. He keeps glucose disks in his pocket and uses caffeine pills and chocolate-covered espresso beans as stimulants.

Since returning to bridge, Hanson has amassed a library of more than 300 bridge books, though he has yet to complete more than 20 of them. He also plans to take classes at the bridge center.

Realizing he would never have enough time playing in club games to get as much practice as he would like, Hanson uses Bridge Baron and Jack 6 software, along with playing in robot games on Bridge Base Online.

Hanson’s goals for 2019 include taking advantage of local bridge classes, getting the last 0.4 gold points he needs to become a Life Master, improving his bridge skills, reaching a level of consistency that will permit him to approach more skilled partners, and finishing a few more of his mountain of bridge books.

Although research is still limited, a handful of studies have found a link between activities such as bridge and a reduced likelihood of developing Alzheimer’s disease. Taking steps to prevent it like Hanson is doing can help.

There’s more you can do. Participate in The Longest Day, the ACBL’s annual fundraiser for the Alzheimer’s Association, which has raised more than $4.7 million over six years for research aimed at finding a cure and in support of caregivers. Clubs can hold their events on the day of their choice during the week of June 16–23. Clubs can register at alz.com acbl. See acbl.org/thelongestday for more information.