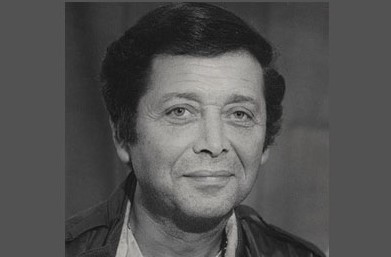 On May 9, 2019, a North Carolina man was arrested for the 1985 murder of Barry Crane who, at the time of his death, was the ACBL’s masterpoint leader. Crane, the 13-time national champion and renowned Hollywood director, was found bludgeoned to death in his Studio City CA home in the Los Angeles area on July 5 of that year. He was 57.

Los Angeles police said that Edwin Hiatt admitted during a March interview to killing Crane in 1985. As Hiatt was being escorted to jail, reporters asked him if he was the killer.

“Anything is possible back then,” Hiatt said. “I was big into drugs.”

Crane’s body was found unclothed and wrapped in a sheet. Bloodstains made it appear that the body had been dragged from a third-floor bedroom to the garage. The bedroom showed signs
of a struggle, and an art object stained with blood, which could have been the murder weapon, lay on the floor. Crane’s wallet was missing, but the house showed no signs of having been
ransacked.

The body was found shortly before 3 p.m. by Crane’s housekeeper. There was no sign of forcible entry.

Hiatt told reporters he had no memory of the attack and did not recognize Crane from a photograph. He said he lived “a different life today” and thanked God for “the miracles he’s given me.

“Everything that I’m at today is a totally different lifestyle from where I was before,” he told reporters.

Although there had been repeated investigations of the murder during the past three decades, police had been unable to solve the case. According to The News-Herald of Morganton, however,
investigators were led to North Carolina in 2018 when a fingerprint specialist matched a print from Crane’s car to Hiatt. An F.B.I. surveillance team took a disposable coffee cup and discarded cigarette butts from Hiatt without his knowledge. When Hiatt’s DNA matched cigarette butts recovered from the ashtray of Crane’s stolen car, Hiatt was charged with murder.

Crane is widely regarded as the best matchpoint player in history. In addition to his many NABC titles, Crane and Kerri Shuman (now Sanborn) won the World Mixed Pairs in New Orleans
in 1978 by the enormous margin of five boards, cementing his claim to the matchpoint throne.

Crane’s dominance of the annual masterpoint race – formerly referred to as the McKenney Trophy – was so well established that the contest was renamed in his honor: the Barry Crane
Top 500 Masterpoint Race.

Crane was inducted into the ACBL Hall of Fame in 1995.

In his professional life, which he rather miraculously managed to fit together with his constant appearances on the tournament trail, he was a television producer and (more frequently)
a director with Paramount. Highly respected in his field, his credits include many shows from the 1970s and 1980s, including “The Incredible Hulk,” “Hawaii Five-O,” “The Six Million Dollar
Man,” “The Bionic Woman,” “Police Story,” “Mission Impossible,” “The Magician,” “Born Free,” “The Streets of San Francisco,” and “Wonder Woman.”

Crane’s murder took place during the Bridge Week Regional in Pasadena. He had played Thursday, July 4, in a two-session pair game with Billy Miller, now a full-time player and Bridge Bulletin columnist, and following the game, Crane suggested they go to a nearby restaurant. Miller, Miller’s then-wife and another friend rode with Crane in his car, but when they arrived
at the restaurant, Crane excused himself, saying that he wasn’t feeling well.

The next day, Miller was playing with George Mattos of Las Vegas, but was called away from the table late in the afternoon session to talk with police, who had been to Crane’s home.
A stunned and saddened Miller described the events of the previous day, while the police, searching for any lead, impounded all the entry forms and questioned numerous players, caddies
and officials.

Crane had been a member of a knockout team, also, in Pasadena, playing with Miller, Mattos, John Sutherlin and Dennis Sorensen. The team had made it to the final of the event, which was scheduled to be played on Saturday. But because Sutherlin had departed early, the squad was then three-handed following Crane’s death. According to Miller, the tournament directors allowed him, as captain of the team, to choose a replacement for Crane. Many top-level players volunteered to fill in, but Miller insisted on selecting Shuman, who was present in Pasadena, as “the natural choice” to replace Crane.

When the team won its match on Saturday, the room burst into applause.