Could Scottish bridge compete with the country’s people and places? It was a tall order. After touring the Highlands and thrilling to glassy lakes (lochs) flanked with mossy hills rising into the clouds, my wife and I understood why the Rough Guide handbook’s readers voted Scotland the most beautiful country on Earth. Scots, uniformly warm-hearted in our experience, have invented everything from penicillin to TV to Dolly the cloned sheep.

Yet when we entered Edinburgh’s New Melville Bridge Club, there were still more wonders to behold. Located in its own building, the club has three playing rooms, two cloakrooms, and plenty of sweets. Players used electronic Bridgemate scoring with a welcome line for opening leads. Club director Mike Ash announced our presence, and players rotated to our table with warm greetings. There was a refreshments break after three boards and such a relaxed cadence we didn’t mind that play took four hours.

Ash warned us that most of the players were in the developing stage, but we finished only seventh among 16 North-South pairs. Even so, there were places where experience counted. I was sitting North and dealing, with North–South vulnerable:

How would you open the North hand? Strong two-suiters appear maybe once every five years, and you’d better take advantage of them. The Melville commentary sheet recommended opening the strong and artificial 2♣. Here’s a good auction as described to me by an expert:

Of course, this auction assumes a rather timid East–West.

I saw no way to show my extreme distribution without opening 1♠ (admittedly risking a passout) and jumping to 3♣. With only two losers, experience taught me that a slam was likely, not withstanding bidding complications. It’s tough enough to show one void, much less two.

Our bidding proceeded as follows:

A 6♣ slam would have been safer to bid than 6♠, but we were happy making seven. Not every table was in slam, possibly because East may have overcalled 2♦. Yet there’s still a way to bid slam in a spirited auction:

As Michael Douglas said in the movie “Black Rain,” sometimes you just have to go for it.

While we prepared to leave the clean, classy and cultured capital city built around a castle on a hill for the last stage of our journey, a player told us, “Edinburgh has style, but Glasgow has soul.” The largest city in Scotland with 600,000 citizens, Glasgow once was a shipbuilding and marine engineering center on the River Clyde. An industrial decline set in by the 1970s, but this gritty western port rebounded so well that it was designated the cultural capital of Europe in 1990 and hosted the 1994 Commonwealth Games. It’s a city of contrasts: here a modern building resembling nothing so much as a tornado, there an 12th-century Gothic Cathedral with a tomb for the city’s patron saint Mungo (didn’t he play drums for the Beatles?). Our guide on a bus tour said safety-conscious Catholics should avoid Protestant pubs and vice-versa. This established an interesting scenario in my mind:

Doorman: I’m sorry, sir, but I have to ask if you’re a Protestant or a Catholic.”

At the St. Andrew Bridge Club, players kept apologizing for the rain, and we kept telling them the weather in the Highlands was perfect for four straight days. This friendly establishment gives lessons for first-, second- and third-year players.

It made sense that the most interesting hand on the night we visited gave us a great teaching opportunity. South was dealing, with no one vulnerable:

How many hearts does West hold?

Assuming a fourth-best lead, the answer is four. West is leading his lowest possible heart, because you have the 2 and 3.

How many heart tricks are the defenders likely to take?

How many tricks do you have off the top?

How should you proceed?

Many beginners will cash the seven winners right away. Don’t! That strategy will create winners in spades, hearts and diamonds for East–West. The correct path is to win the opening lead and play clubs. There’s no way East–West can prevent you from winning your eighth and ninth tricks in that suit.

“The lesson to be learned is that of the renowned French fable, Le Lievre et La Tortue (The Tortoise and the Hare). ‘Slow and steady’ is indeed the best course of action when it is essential to develop tricks in NoTrump play. Don’t cash winners until you have promoted the tricks necessary for fulfillment of your contract. Initially, your winners should serve as a means of keeping suits under control while you establish ‘length winners ‘in one or more other suits. If you take the slow approach (that of the tortoise), you ultimately win the race for tricks. If (like the hare) you get off to a fast start by cashing all your winners prematurely, you may find that you’ve ‘come up short’ before you cross the finish line.” 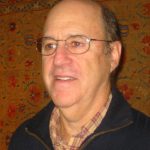 Jim Kaplan is a bridge columnist for the Vineyard Gazette and the author of The Jack Who Would Be King: To Life Master and Beyond. A contract adviser for the National Writers Union and the author of 14 baseball books, Kaplan and his wife, poet and critic Brooks Robards, divide their time among Northampton and Oak Bluffs MA and Santa Fe NM. He can be reached at jkaplan105@gmail.com.