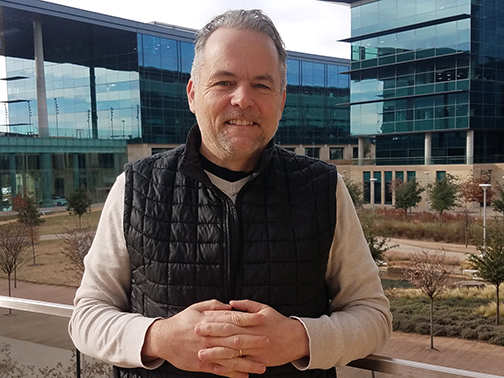 Phil Clayton of Frisco TX won the Fall 2019 Robot Individual held Nov. 23–25 on Bridge Base Online, topping the field of more than 2100 participants. Clayton finished with a three-session average of 70.22%.

In second with 69.55% was Liam King of Rancho Santa Fe CA. King, who led the event after the second day, was the top scorer for Flight B and Flight C, limited to players with 2000 and 500 masterpoints, respectively.

Consistency pays: Clayton scored 69.83% in the first session, placing him sixth overall. He scored 70.82% in the second session, good for seventh place in the set and pushing him to third overall. Clayton’s 70.00% score in the third set (eighth in the session) put him into the winner’s circle.

Clayton, who regularly enters the Robot Individuals which precede each of ACBL’s three North American Bridge Championships, says he felt more relief than excitement to win.

“I felt like I made my share of errors. Was I lucky? Of course. There were occasional positions I took along the way, but only once or twice did I feel like I ‘stepped out.’ In the end, I probably just sucked less than everyone else. My style with the robots is a lot like my style in real life. I try to evaluate my hands well and play the backs off the cards.”

Here are the full results.