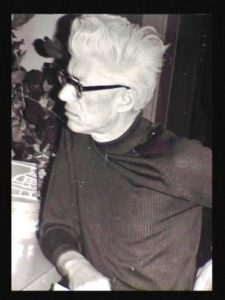 Everyone laughed at the fellow who complained to the mail order company that his son had used their baseball bat for three weeks without getting a hit. But in the same way it is easily possible for a bridge player to be fully equipped with a knowledge of the standard plays and yet fail to obtain satisfactory results from their use.

To know how to finesse, crossruff, preserve entries and so on, is not enough. A player has to develop his powers of deduction so that he can employ these maneuvers at the right time and with the utmost effect.

Deduction is to a bridge player what swimming is to a fish. It has nothing to do with mathematical ability or encyclopedic knowledge. Deduction is being able to say: “Because West led this, he is unlikely to have that,” or “Because declarer did so-and-so, he figures to have such-and-such.” Deduction is the type of thinking that gained such a big reputation for Sherlock Holmes, who undoubtedly would have been an absolute whizzer at the noble game.

Just in case you find difficulty seeing yourself in a sleuth-like role, consider the following situation:

Let’s say you are at 4♠ and a diamond is led. The success of your contract depends on your ability to hold your diamond losses to one trick and there are no discards available in the suit.

It is common knowledge that against a suit contract defenders seldom if ever lead a low card from a combination headed by the K-Q. Therefore, rather than try to win with the jack, you should certainly play low from the dummy on the lead.

By playing low you ensure a happy outcome if West has led the four from Q-10-9-4 or Q-10-9-4-3, which is not entirely unknown. East will then be forced to contribute the king, after which dummy’s A-J will take care of the future. Playing low from Q-10-x-x, for East, with K-9-x, may put up the king, being unwilling to risk inserting the 9.

No doubt in real life you have made this type of play often enough without even looking around for applause, but nevertheless it is an example of deduction. Because West led such-and-such, you deduce that he does not have the K-Q and play accordingly.

In view of the humdrum nature of the example, your attitude to deduction may not resemble that of the fellow who consulted the dictionary to find out the meaning of the word “prose” and was surprised to discover he’d been writing it all his life. Nevertheless, few bridge players use their powers of deduction to the full:like Doctor Watson, they see but do not observe. Would you have found the winning play in the following deal?

When the deal was actually played, South won the club lead in his own hand and led a low trump to dummy’s queen.

When this held the trick, South came back to his hand with a heart and led another trump, finessing the ninespot when West played low!

There were no further problems and the contract was made with the loss of only one trump trick and one spade. The question is, how did declarer know trumps were 4-1?

Defenders who lead an unbid suit after a competitive bidding sequence such as this are invariably looking for ruffs and South didn’t need to be clairvoyant to read West’s club lead as a singleton.

Therefore, when the second round of trumps was led and West again played low, declarer was able to reason that if West had held A-x-x, he would have surely gone up with the ace and tried to find East with an entry in spades or hearts. In the same way, if East had held the ace of trumps, he would certainly have grabbed that card at the first opportunity and returned a club.

This is the kind of reasoning which, as I hope to show in future installments, enables you to employ your knowledge of the standard plays to best advantage. It also enables you in many situations, to improve on normal mathematical expectations and may thereby gain you the most envied of reputations – that of being a lucky guesser.