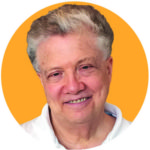 In my experience, the #1 misconception of MANY duplicate players is the meaning of what appears on hand records as to contracts that can be made.

Many do not know that what the double dummy analyzer in the hand record sheet says can be bid and made is NOT necessarily what should be bid and made. What appears is based on three assumptions:

Obviously, the printout analysis is VERY INTERESTING and useful. However, since none of the first three assumptions is realistic, it follows that points 4-7 aren’t either. Therefore, although every player in the world makes errors, when you look at the printout after the game, you should NOT assume that the following are errors.

Take this deal for example:

When this deal was played in a duplicate game, the hand record stated that South could make 7♣!” Of course, since the computer never makes an error, that is accurate. On the other hand, it is as irrelevant as anything could possibly be. Even if this deal was played at one million tables around the world, not only would no N-S pair bid 7♣, it’s possible that no one
would ever bid that suit!

With North on lead, here is the position after trick 7:

North’s ♥2 is led and South can’t be prevented from cross-ruffing the last six tricks to make 7♣! Is it fair to say that South enjoyed this deal more than East?

Double dummy analyzers analyze deals “double dummy,” so their analysis is based on looking at all 52 cards. But that is NOT the way bridge is played. Imagine that you were presented with a printout before you played and given hours to study it with the help of a computer and/or expert, and were allowed to have the printout and your notes with you when you played! Even if you were a novice, I guarantee that your accuracy in all facets of the game would improve 1000%. But obviously, that would be a farce, as opposed to what we all know is the best game ever invented.

Hand records and the double dummy analyzer are a wonderful aid to enhance your duplicate bridge experience. But when you read on a printout that it was possible for a contract to be made, that does NOT mean that a human being who has not seen all 52 cards should make it or even have bid it. So, if you fail to bid or make a contract that could have succeeded, that does NOT necessarily mean that you made an error. Likewise, if the contract you bid cannot be made, you can’t assume that you bid incorrectly. As always, factors such as bad splits and bad luck will sometimes conspire to cause a good contract to go down. So, since you’re not allowed to bid, lead, declare or defend “double dummy,” what you read on the printout after the game should NOT AFFECT the bidding, leads, declarer play and defense you make when you play.