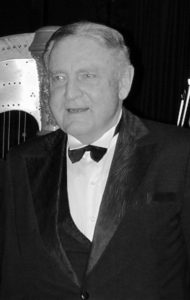 ACBL Hall of Famer Eric Murray died in Ontario May 19. One of Canada’s greatest and an ACBL Grand Life Master, Murray won 14 NABC titles and dozens of Canadian championships. Representing Canada or North America at the world championships on 12 occasions, Murray won a bronze medal in 1982 in the Rosenblum teams.
A full obituary will appear in the July issue of the Bridge Bulletin.

Memorial services will be held:
Wednesday May 30, 5 PM
at Osgoode Hall in the Convocation Hall
130 Queen St west, Toronto ON, M5H 2N6