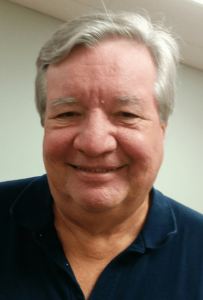 This deal was reported by American expert John Hurd, who was South and declared the hand. East was Kevin Rosenberg. Rosenberg is the son of Michael and Debbie Rosenberg, both leading American players and contributors to the game of bridge on many levels. Among their many activities in support of bridge, they are both avid supporters of youth bridge in the USA. In recent years, Kevin has been forging an expert reputation of his own.

This deal was played in a pairs competition, where an overtrick or an undertrick can make all the difference. South won the opening club lead with dummy’s ace and led a heart. Kevin smoothly played the queen and South covered with the king, winning the trick. Look at this from declarer’s point of view. What was the likely layout of the trump suit? Two possibilities came to mind. East could have the obvious ace-queen doubleton, or West might have ducked his ace with ace-nine-four-three, hoping South would play a heart to the jack next.

Either way, the winning play was clear. South ran the ♥8 and was shocked when this lost to the nine. Kevin had created an extra trump trick out of thin air while earning the respect of both opponents and his partner’s admiration. Well done!