The ACBL Hall of Fame’s 2018 inductee class expands to five. In addition to the three players elected – Ralph Katz, Robert Levin and Eric Rodwell (see issue 6) – the Hall of Fame Committee has made selections for the Blackwood and von Zedtwitz awards.

Mark Molson is the recipient of the von Zedtwitz Award, which honors individuals who were top players in their time and are now either deceased or inactive. The winner of the Blackwood Award, which recognizes long and outstanding contributions to bridge outside of playing ability, is Bridge Base Online – the first non-human entity to be inducted into the hall. 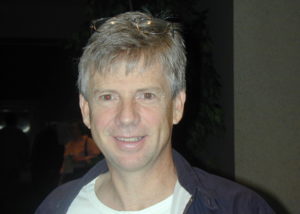 Molson, who died in 2006, was a Grand Life Master with a distinguished record in high-level competition. He had a silver medal in the Bermuda Bowl in 1995 and a bronze medal in the Rosenblum Knockout Teams in 1990. A native of Canada, Molson won the Richmond Trophy (for the most masterpoints earned in a calendar year by a Canadian) five times. He amassed almost 20,000 masterpoints before his death at 56.

At the time of Molson’s death, Bermuda Bowl teammate Eric Kokish told the Bridge Bulletin, “Over the course of his career he was able to bring out the best in a wide variety of partners of different abilities. He was also excellent company, which can’t be said of all bridge experts, and a sort of Peter Pan figure in his own way.”

Molson was married to Janice Seamon-Molson, who appeared on the Hall of Fame ballot this year.

Uday Ivatury, the chief executive of BBO, was surprised and confused to learn his company would be inducted into the Hall of Fame. “The corporation?” Of course, the Supreme Court has ruled that corporations are people too.

Bridge Base Online offers free and premium bridge services to bridge players of all levels. Using their browser on any device, members can play bridge at any time and for any length of time, with or without a partner. People can play with regular partners, strangers from around the world or by themselves with robots.

The member community is large (over 250,000) and active (often over 10,000 people online) and includes speakers of many languages. BBO’s ACBL-sanctioned club games hosted nearly a million tables in 2017: 961,776, a number that has grown steadily over the years.

A significant contribution to the game are the vugraph broadcasts, which present live matches from around the world and are enhanced by expert commentary. BBO provides technical and organizational support and maintains an archive for public use and analysis. It also maintains busy discussion boards, often monitored by volunteers who can help with questions and problems.

A few districts use the BBO platform to hold their North American Pairs and Grand National Teams competitions. Particularly in the districts covering geographically large areas, this enables players to compete without having to travel long distances to a central location.

BBO provides free tools for teachers and students and tools for the developing player, and opportunities to practice at various forms of scoring. It supports ACBL activities with labor and financial contributions.

Although it is a for-profit business, BBO is primarily a labor of love, Ivatury says. “Our goal is to use BBO as a platform to promote the game of bridge throughout the world.”