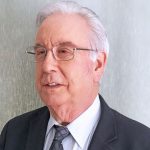 There is something to be said for therapeutic value of a stroll, whether with specific destinations in mind … or with freedom of spirit and unrushed anticipation in allowing oneself to happen upon whatever delightful surprise may await the turn of a corner … or for nothing more than the comfort-food pleasures of exercising the body and clearing the mind.

Bridge tournaments, whether convened at classic grand hotels in the heart of a vibrant metropolis or at utilitarian airport hostelries, typically feature an equivalent experience: hours of sedentary card play within relatively large, windowless interiors. Temperature and air quality can vary widely, not only from venue to venue, but also concurrently at different spots within the same confined space. People sitting at a mid-room table in Section G may feel chilled to the bone by a downdraft while those stuck in a corner at table A1 are beset by a microclimate of stuffiness and excessive warmth.

To call the hubbub preceding the commencement of a session “background noise” is to misapply the adjective background. Let’s call it for what it is: pure, unadulterated noise, a cacophony of coulda-shoulda-woulda regrets; triumphant boasts; no-win who’s-to-blame debates; earnest convention card reviews between regular partners and marriages of convenience forged at the partnership table; food-centric knocks on that morning’s complimentary breakfast or the prior day’s ten dollar lunch; the sharing of life’s joyful news and the airing life’s unfortunate travails; and above it all, the straining to be heard at successively higher decibel levels, thereby ratcheting up the pervasive din.

At or about the appointed time, the lead director silences the room as best she or he can; makes announcements specific to unique competitions (such as Gold Rush, Bracketed Swiss, and Open Pairs) which may be conducted concurrently; and signals the start of play.

As with other constitutional elements of one’s anatomy, the brain is an organ which, after having been taxed for a certain period of time, requires R-and-R to be replenished. Not including the bidding of each hand (which, in and of itself, is a test of attentiveness, recall, and analytical skill), there are one thousand two hundred forty-eight observations and three hundred twelve decision points to be made and executed within the span of a twenty-four board round.

Who wouldn’t crave a walkabout after three hours of all of that? Gratefully, outside the walled cocoon and (when it is so situated) beyond the borders of the host property, a readily accessible wide, wide world awaits.

Our sojourn in Chicago for the 2105 Summer NABC tournament is a prime example, as we did indeed make it our business to sample from the sumptuous smorgasbord of cultural and gastronomic delights available within easy and healthfully medium-length walking distances of the host Hilton hotel. Fascinating exhibits and programs at the Adler Planetarium. Unrushed ambling along the pathways of verdant Grant Park, pausing to tickle the face with airborne spritz from its central Buckingham Fountain. Immersion in the offerings of the Art Institute, where we fell in rapture all over again with Georges Seurat, Vincent van Gogh, Marc Chagall, Pablo Picasso, and Gustave Caillebotte, whose large format Paris Street Rainy Day (1877) is “a painting that one wants to just walk into,” in the words of curator Gloria Groom.

“And what about Epic Burger?” one might ask. Well, yeah! A decadently scrumptious homage to the art and science of grilled ground beef. Plus, in the same category of tummy-pleasers, The Berghoff – a family-run German heritage restaurant all of one hundred twenty-years young today. And the classic Eleven City Diner at 11th and Wabash – timeless retro Americana.

What a formula for getting in shape: spend anywhere from one-third to an entire day pretty much immobile on one’s keister, and then pig out like there’s no tomorrow on favorite foods, calories be damned. Amen.

With other venues, it was very much the same: an admixture of edutainment and a whole lot of chowing down hither and yon. Highlights of the former include:

We could go on and on, and yet, conspicuous by its absence until now is most honorable mention of the gift that keeps on giving: new and enduring friendships, especially those which begin by fortuitous happenstance and result in immediate (drumroll, please) bonding. Our first such experience began at an unattended partnership desk, mere minutes before the inception of a Swiss Teams competition. Bereft of a partnering pair, we were about to depart in disappointment when another couple, likewise looking to play in the event, approached us. Serendipity rewarded our foursome with gold dust: we placed first in our section.

That proved to be the first of several times when we would connect with Ginny and Don Hixson, hailing from Rapid City, South Dakota, yet residing year-round in their motorhome as they travel the highways and byways of the United States and Canada – touring, playing bridge, meeting people, relishing America’s unbounded diversity, and basking in the freedom of the open road.

Jo Ann and I have reaped many dividends from seizing the opportunity to do something different. In attending those regional and national tournaments which we had mapped out, we made it a point to eschew the casino mentality by which one becomes prey to believing that skipping one session or an entire day’s events means “missing out” on a potential jackpot. The dividing line between playing the game for enjoyment and obsessing about it can be crossed all to easily if one is not attuned to achieving balance.

That said – and somewhat ironically, perhaps – a form of sublime repose can be realized when thoroughly absorbed in card play. When you are able to tune out everything other than the sensory data and stimuli attendant to the task at hand, you are “in the zone,” detached from and, in a fashion, insulated against quotidian concerns perforce kept at bay via such unfettered concentration. The care and woes and highs and lows which greeted your morning rise are away somewhere, outside the room. They will always be there. Meanwhile, there is play-work to be done inside the room, where nothing else should matter and the same kind of discipline applies. One learns to wall off each successive prior hand’s experience, positive or not, in order to start the next with mentis tabula rasa – a clean mental slate.

The cycle of engagement, absorption, depletion, replenishment, and re-engagement is a holistic mind-and-body experience. At the bridge table, exercising the mental muscle, as they say, is prescriptive for keeping wits sharp through concerted application of one’s analytical skills. Eleven years ago, The New York Times carried an article by Benedict Carey, titled “At the Bridge Table, Clues to a Lucid Old Age.” *

The author reports that: “The evidence suggests that people who spend long stretches of their days, three hours and more, engrossed in some mental activities like cards may be at reduced risk of developing dementia.” He quotes Ruth Cummins, then ninety-two and a resident of Laguna Woods Village, south of Los Angeles: “We play for blood.” You gotta love it.