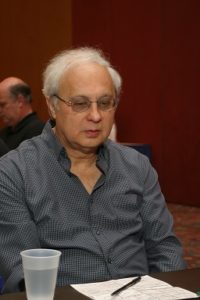 Grand Life Master John Sutherlin of Dallas died May 12 at age 81. Sutherlin was a member of the winning squad in the 2000 World Senior Teams and was second in the World Mixed Pairs in 1982 with wife, Peggy.

Sutherlin served as ACBL National Recorder from 1986 to 1996, and he worked extensively for the League in recent, well-publicized cheating cases.

In 2008, John and Peggy were named ACBL Honorary Members of the Year.

A full obituary will appear in the July issue of the Bridge Bulletin.

(Edited to correct date of death.)