Fifty years ago, the Aces debuted on the bridge world stage 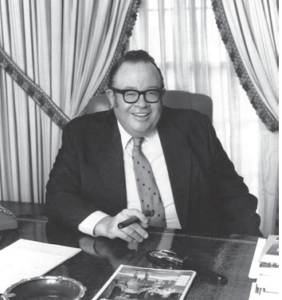 Although the history of bridge features many squads who set the standard of play for their respective eras, the story of the Aces – organized in 1968 as the brainchild of Dallas financier Ira Corn – is unique. The team acquired legendary status not only for its roster and results at the table, but also for the methodical, professional approach to winning its members employed. Fifty years after the creation of the Aces – and 35 years after the team’s final appearance – the squad still figures prominently in the history of the game.

Corn was a larger-than-life figure. The jovial, cigar-chomping Texas businessman had the flair of an impresario. With an adventurous appetite for novelty – and a pocketbook to match – Corn set out to create a full-time, professional team whose singular goal was to return the world bridge championship to the United States after years of the title being in possession of the Italian Blue Team.

Corn’s plan was to assemble six of the top young players in the U.S. and offer them a salary plus tournament expenses. This was not to be a side gig for the players, but rather a career opportunity.

The idea for a full-time team had been percolating in Corn’s head for a few years. He had discussed the idea informally with Bobby Wolff, who became one of the original members of the Aces, and Dorothy Moore, an experienced player who had partnered Corn for several years. Although Moore was not part of the team, she played a crucial support role in the early days of the team.

Like Corn, Wolff and Moore were Texans, as was Jim Jacoby, who became another founding member of the squad when Corn pressed ahead with his plan in 1967. Although Corn had originally planned to be part of the team, Wolff and Jacoby quickly persuaded him that they would need a team of top-class talent for his plan to work. Corn got the message, and the fledgling squad soon added Billy Eisenberg, Bobby Goldman and Mike Lawrence. This left the team five-handed for a bit, with Corn occasionally filling in.

The team practiced with Monroe Ingberman, a bidding theorist and math expert, but the early days of the squad saw a lack of cohesion and discipline, as well as some minor personality clashes. In mid-1968, Joe Musumeci, a retired Air Force colonel, was signed on to help the Aces develop focus and good work habits. Wolff, now 86, called this personnel decision the most important one in the formation of the team.

“To me, the defining moment in moving the Aces from being stagnant to being successful was when we changed our coach from Monroe – who had been expected to help the partnerships with their bidding systems – to Joe, who had been my bridge club partner and great friend in San Antonio TX (my birthplace). He instilled the discipline required within all the partnerships, rather than providing any advice on how to play the game.

“From that point on, the players began to understand the dedication we needed to devote to all phases of our game in order to achieve our goal. He also helped bridge the gap when Ira retired from wanting to be a player.”

In 1969, Bob Hamman was persuaded to join the team, completing the roster of the squad whose official moniker was the U.S. Aces, but who became popularly known as the Dallas Aces. As the lineup of the team changed over the years, the name changed to simply “the Aces.”