A look at player names and bridge curiosities. 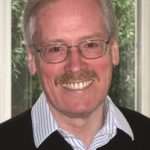 Sometimes all that matters is that you are born with the right name and form the right partnership. When Phil King and Cameron Small played together in the English Premier League, their appellation of King–Small made me think of a short suit. Japanese international Akio Kurokawa doesn’t even need a partner to make me think of a shortish suit. You will see his first name fairly frequently; indeed you will come across it a little later on in this article. Is there an ACBL member out there called Singleton, and do they play with someone called King, Queen,
Jack or Honor?

If the spades break 3–2, you can make more tricks in spades than hearts. You are West, at the controls in 4♠. Say you get a diamond lead. You win with the ace, draw three rounds of trumps and run the hearts, throwing a club from dummy. Now you can ruff a club and concede a diamond, making 12 tricks. In hearts, you can only ever make 11 tricks; five hearts, four spades and two aces. The difference is that, playing in hearts, you can’t generate an extra trick by getting a ruff in the short hand.

We’ve seen it can be advantageous to play in the lesser fit. The Vondracek Phenomenon (first written about by Felix Vondracek in The Bridge World in 1956) is cut from the same cloth. It
can sometimes be right to play in the weaker of two equal-length trump fits.

You are West again.