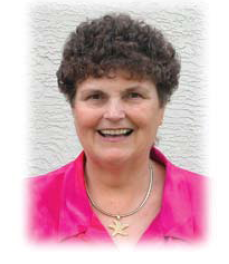 East’s double shows both majors. With only one major, East would simply bid that major. This means that East guarantees only four hearts in this auction:

So far, I trust, what you have learned about negative doubles seems logical. Unfortunately, that’s about to change. What do you expect East to have in this auction?

If you answered four hearts and four spades, your thinking is on the right track. However, most players agree that a negative double on this auction need not show both majors. There are too many difficult hands to bid after the 2♣ overcall. Responder must have at least one four-card major and a place to go if opener bids the wrong major. East might double with four hearts and four diamonds. If opener’s major is spades, East can retreat to 3♦. If opener wishes to bid notrump, he has to bid 2NT. This means that a negative double might take the bidding fairly high on this auction. A logical requirement is that responder have more than just 6 high-card points. Consider 8 HCP a dead minimum for a negative double in the given auction.

If you guess that East’s double shows both minors, you have the hang of this convention. However (aren’t you starting to hate that word?), some experts would say you don’t have to have both minors. For starters, using the double to show both minors here will allow you to bid more hands, but not as many as those experts would with all their “howevers.” Suppose you are East holding this hand:

If you couldn’t make a negative double on the auction shown above, what would you do? You can’t respond 1NT without a stopper in spades. You can’t raise partner’s hearts and you don’t have enough HCP to bid a new suit on the two level. The negative double is the only way you can get into the action.

You should know that a negative double means responder cannot make an immediate penalty double. Suppose you are South holding:

East-West are vulnerable and you hear the following auction: 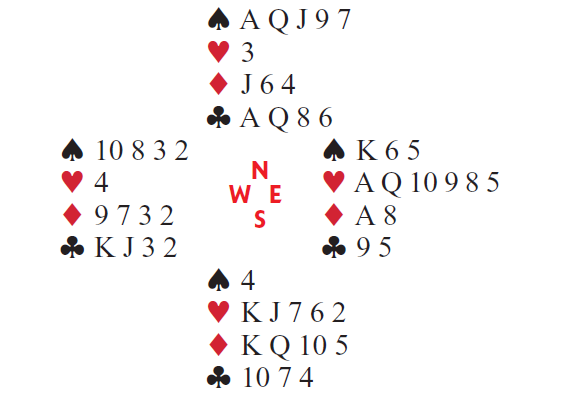 If West passes, North can reopen with a double, suggesting partner bid anything but hearts. Now South can pass, converting the takeout double to penalty. East has a reasonable 2♥ overcall, but he is in deep trouble. On a spade lead, North can win the ace and return the queen so that declarer’s ♠K is ruffed by South. Declarer still has to lose a third spade, a diamond, two clubs and the ♥K and ♥J. That’s down three, plus 800 for you. Had North–South been unaware of the need to stretch to make a reopening double when using negative doubles, East might have gotten off for minus 300. North–South can make 3NT by guessing well, but that is only plus 400.