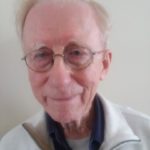 So you got fixed today by that infernal East-West pair, did you? They bid like church mice, or maybe like a horse’s nether region. None of the other East-West pairs bid so egregiously, but this pair got rewarded for their timidity, or sheer cussedness, or whatever. And you sez to yourself, Why didn’t we learn an intelligent game like Canasta or Pinochle?

But in your slough of despond, you done forgot what happened last week and sorta balanced the scales, if you get my drift. See, you and Pard play 3NT Gamboling, which means you make that opening bid with exactly seven cards in one suit, headed by AKQ (the jack, he’s OK too, but not de rigor), and no outside ace or king. Pard can pass holding stoppers or partial stoppers (including at least two “sure” tricks) in three suits and at least one pip in what Pard will know must be your long suit. Trouble is, every time you hold a gamboling 3NT opener, some turkey – could even be Pard – jumps the gun and bids ahead of you.

But last week you were blessed as dealer to hold:

Inwardly preening, you extract the 3NT ticket and plop it all nonchalant-like on the table, confident that this battering ram will cow the opponents into awed silence. Sure nuff, after Pard alerts and explains, Lefty passes in terror, Pard doesn’t run for cover to 4♣, and Righty pulls out a card matching the color of his envious face. Hot zag! Pard’s got stuff in the other suits!

Now, most of the good players you know disdain 3NT Gamboling, especially when they hold a long major, while you gambol with any old suit, majors included. Delightfully, no one else in the room is going to reach what this time is surely a makeable 3NT. Visions of matchpoint sugar plums disport in your brain pan. Lefty leads the ♦2 and you smack your lips in anticipatory glee as Dummy disrobes. However!! Your self-satisfied smirk dissolves into a sickly gape, as you count a regulation 13 cards. Heartbreakingly, none are missing:

Holy Baked Alaska! Pard has stoppers, but has overlooked the critical element of communication to your single-suited and otherwise entryless hand. Dummy might produce three or four tricks, but there is no chance of wrassling nine, absent a club floating on its own initiative out of a defender’s hand.

Well, you can’t manufacture a club in dummy, not even if you concentrate really, really hard, so you call for the ♦5 from dummy. You glance wistfully down at your gorgeous clubs, destined to remain virginal in this hand. But when you look up, you find that Righty has followed with a pusillanimous ♦7. Numbly, you follow suit with the ♦10. Great Thunderin’ Caterpillars! Fate has ordained an entry, and you can now see at least three more tricks in your hand. You finger the ♣7, wondering if both opponents might duck to stop the run of the suit, but no, they may be dull, but not dumber than dumb. Besides, one of them might hold ♣J1098 and fail to revoke like a mensch. Better you should cash three top clubs before they wither on the vine.

You play ♣AK, and the opponents behave with exemplary respect. When you examine the play to the ♣Q – don’t worry, the suspense will end shortly – you see two more clubs perched athwart dummy. You wham down four more scrumptious club winners before they can go AWOL, cash the ♠A, score up a game, and tell Pard serenely, “We’ll talk later, baby!”

Well, that oughta teach them not to underlead an AQ at trick #1 when a long suit lurks in declarer’s hand. In fact, when your opponents go a Gamboling, if you’ve got a defensive ace, smack it down smartly before Pard can lead out of turn. In the case described, the enemy done fixed theirselfs. Fate, you see, has a way of compensating for its past mistakes.

And will you remember this next time your karma sours, allowing the curséd opponents to triumph undeservedly over you? Naahhhh.