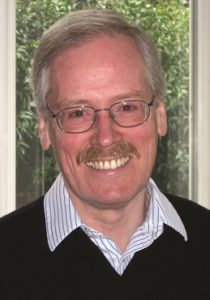 Steve W. says his regular partner complains that they play too many conventions, and asks about the best way to reduce them.

Tax Freedom Day is the day in the year when the workers in the U.S. stop earning money to pay the tax man and start earning money for themselves. In 2017, it was April 23.

There is a similar concept for regular bridge partnerships. Start the year with a well-stocked system card, and tick off each convention as it is played. Any that you haven’t used by July 27, designated by the ACBL as Convention Redundancy Day, should be dropped immediately.

By the way, did you know that the latest word for a partner is an ‘overtrick’? A partner is sometimes called a ‘plus one,’ and plus one is an overtrick!

Sylvia S. writes: “When the Bridgemate says ‘Bye,’ can we go home?”

What a wonderful image you conjure up, Sylvia: There’s a half-table movement where each North–South pair is told “Bye” when the missing East–West pair are due at their table. So they get up and leave. It would be like the von Trapp children leaving the stage one at a time at the end of “The Sound of Music.”

I notice you don’t tell us what happened after that, Bob. I suppose your partner bid a mangy old major suit. What a hog! I reckon you would have done pretty well in 2♦.

By the way, do you know what they call a game contract in notrump where you have exactly nine tricks on top? A Gambolling 3NT!

Joe G. is a lipogram fan (see below) and asks how to bid this hand as North–South:

Only 19 points, but South should start with a bid of 2♣ or North–South could miss a laydown slam. With almost nothing – possi-bly a king and a jack, as shown – North would (or might) pass a non-forcing bid of 1♥. So South bids 2♣ and North says 2♦, waiting. South shows his suit with 2♥ and, with a modicum of trump support and a king, North should bid 3♥. South now calls 3♠ to show a control in that suit and North can similarly show his ♦K by bidding 4♦ (and confirm a lack of a control in clubs). South wants to look for a grand slam and bids on with 4NT. North can only bid a disappointing 5♣, so, with a top trump missing, South signs off in 6♥.

6♥ isn’t cold, but it is an odds-on contract in which you would happily play.
A lipogram is text written without using a specific letter, usually “e.”

Beth P. says her opponents had this sequence, and wants to know what it means:

“I asked my left-hand opponent what he understood by the double. He looked puzzled and said it was undiscussed.”

Maybe this question should have gone to TD Matt Smith. He would have advised you to call the director, but where’s the fun in that?

In the early days of bridge, this was a takeout double. It was known as an SOS double, meaning, “I am short in clubs, please bid another suit.” Nowadays, experts treat it as a penalty double, and it is called a preemptive double, meaning, “I don’t think you will make the contract, so I will double it before the opponents have a chance to.”

Yes, they do, and they are taking it one step further and looking into the production of personalized bidding boxes. “Our market research shows that there could be quite a demand for these,” an ACBL spokesman told me. “The individual bidding cards will be reversible, so they will work for both left-handed and right-handed players. A major benefit for players with their own bidding boxes will be that no one else will have touched the bidding cards, so they will pick up fewer germs. The health of our membership is very important to us; we estimate that our clubs lose over $100,000 a year because players miss their weekly duplicate with flu and colds.”

In February, the ACBL held a focus group of members to discuss the possibilities. ACBL designers did some work on colors, and they felt that day-glow lime green and orange would be best, differentiating the boxes from the standard red and black used by most clubs.

Some players pointed out that there might be a problem with two-sided cards, in that they could be used to show a reverse. A player from Quebec said that in his club, the normal way to show partner you were reversing (for example, when the auction went 1♣–1♠; 2♥) was to announce “Coeurs Deux” to accompany a 2♥ bid.

A few players asked about decorations and stickers that could be added to the box to personalize it further. It was generally agreed that these should not be permitted because it would be too difficult to control those who wanted to add political state-ments, pictures of scantily-clad bodies, or memory aids. The ACBL said it would look into producing an occasional limited edition, with pictures of 6575 Windchase Blvd., the Las Vegas Hilton, and downtown Gatlinburg.

Others suggested that the 1♣ card could have “May be a doubleton” or “16+ points” written on it, for those playing a five-card major or strong club system. There was considerable support for this idea, but taking it further and having, for example, “15 to 17 ” pre-printed on the 1NT card, would not work because it would preclude the player from responding 1NT, or bidding 1NT in the protective/balancing seat. A few commented wistfully that it would be nice to have two double cards, one for penalty and one for takeout.

Geoff H. writes: “My partner keeps bidding ridiculous slams, the sort that need a 2–2 trump break, and two finesses. Whenever I complain he says: ‘It was a 50-50 contract – either it makes or it doesn’t.’ What should I do?”

He sounds like a lost cause. The best I can recommend is that we introduce him to one of my regular partners, who is similarly statistically challenged. He thinks the Principle of Restricted Choice applies only towards the end of the play of a hand, when you have fewer cards to choose from. And he read on Bridge Winners that 4NT contracts are more successful than 3NT contracts, so whenever I sign off in 3NT, he always bids 4NT.