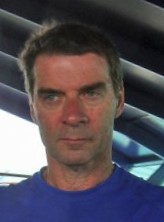 Most everyone at the local club knows that Daisy (name changed to protect the guilty) is my favorite student partner. She has a great passion for the game, coupled with an uncommon willingness to improve her skills through study. Her progress has prompted me to take some possibly unwarranted pride in my teaching ability. I innocently reason, where might her game be without me? Lately I have been a bit disturbed though, believing that Daisy’s improving game may be more a function of her favorite craving, double whipped latte, than any skillful guidance on my part. Hmmm, the mystical powers of caffeine?

Today’s game brought this matter to my attention. Daisy, in her usual fashion, arrived just moments before game time. As we sat down to play she mentioned that her morning had been so hectic that she had not had time to eat, let alone collect her thoughts. Her efforts during the first round reflected her frenzied state-of-mind as she proceeded to trump one of my winners on board one, revoked on the second hand, then bid out-of-turn on the last board. None of which is totally out of character for Daisy as she frequently makes the bridge errors that are common to many novices. Nonetheless, such rapid-fire mistakes are exceptional, even for her. At this point I privately speculated that our scoring a 30% game today might be overly optimistic.

As we moved for the second round, Daisy sheepishly muttered, “Sorry pard. Guess I’m a little out of it.” Before I could offer a reassuring reply, she withdrew from her handbag a large latte from Starbucks and promptly took a large and loud “gulp” of her pet pleasure. “Ummm, ummm, good!” she almost bellowed, sounding much like one of the old Campbell’s Soup Kids. After seating herself at the table she took another slow and steady sip. Now, with a look of new found resolution on her face and her eyes positively twinkling, she boldly pronounced “I think I’m ready for action!” Hoping for the best I sorted my next hand, which in itself was cause for optimism.

Holding: ♠ KQJ108, ♥ K85, ♦ Q, ♣ KQJ10, I began to reach for the 1♠ card in the bidding box when I noticed Daisy placing a 1NT bid on the table. Whew! I almost mimicked Daisy’s performance from the last board. Had I acted a second earlier it would have been me bidding out-of-turn.

Well, this certainly put my hand in a new and improved perspective. I chose to bid 2♥, a transfer to spades, intending to show my clubs afterwards. When Daisy accepted my transfer, I began to wonder if bidding 3♣ might only serve to confuse her. Against my better judgment I bid 4♣, ace-asking Gerber.

“Oh, oh,” I silently mused, as Daisy’s went into a monumentally long huddle, periodically scratching her head, toying with her bidding box and looking skyward, seemingly for inspiration. After an anguished sigh, she reached for her latte and took an enormous swig. Then, with her eyes aglow, she reached into her bidding box and confidently placed the 7♠ card upon the table. Once again, I mused to myself, “oh, oh,” only this time in spades. To my knowledge, Daisy had never bid a grand slam in her entire life.

After my RHO led the ♥Q, I tabled my dummy, all the while searching Daisy’s face for any sign of telltale emotion. Slowly, she reached for her caffeinated drink and took a very tentative sip, then let out an almost comical sounding “Oh dear!”

Sitting East, the following is the layout of the hand from Daisy’s perspective.

So, Daisy, there you are, declaring the ambitious contract of 7♠, with the ♥Q as the opening lead. You’ve already had more than your daily allotment of caffeine. How are you going to save face with your mentor sitting across the table – the one wearing a troubled grin on his face while slowly grinding his molars into oblivion? Oh yes, she silently recounts the advice of her presently agitated bridge guru. “Count, count, count. And if you do not arrive at a satisfactory number, then count until you do so.” In this case, as in all grand slams, that magic number is 13. Nothing less will suffice.

Starting with spades, Daisy counts five sure winners. Another two certain winners are the ♥A and ♥K, bringing her total to seven. The ♦A along with four top clubs brings the total number of winners to 12, still one shy of her goal. Painfully frustrated, her thoughts turned to the idea of generating extra tricks by means of ruffing. There came to mind a vague memory of some sage adage regarding how declarer usually gained additional tricks when they ruffed in the short-trump hand as opposed to the long-trump hand. Or was it the other way around? Ruff in the long hand…? Or maybe it was… the long and short of it… or, so long as you ruff… perhaps everything will work out just fine. Shaking her head in dismay, Daisy appeared ready to concede defeat when she reached for her coffee mug and polished off its contents with one long swallow.

A sudden sparkle came to Daisy’s eyes as she sat up straight in her chair and confidently called for dummy’s ♥K, then played dummy’s ♦Q to her ♦A and ruffed a small diamond in dummy. She cashed dummy’s ♠K, then played the ♠Q and overtook it with her ♠A. She proceeded to ruff another diamond before returning to her hand with the carefully preserved ♥A to ruff her last diamond with dummy’s last trump. She then came to her hand with the ♣A , drew the opponents’ last trump with her now master ♠9 and claimed.

My RHO, who happens to be one of the finest players at club, shook his head in dismay. He then disdainfully muttered something about a dummy reversal. I was at first so overwhelmed by Daisy’s masterful play that I had failed to appreciate that she had indeed fulfilled her contract by the only means possible, the execution of a dummy reversal. After composing myself, I reiterated my opponent’s comment, although in a complimentary manner. I proceeded to elaborate on the subject, scribbling on a piece of paper an arcane formula involving the disparity of trump length between one’s own hand and the dummy, attempting to explain how declarer must ruff at least one more time in hand than whatever that disparity in trump length might be. My explanation soon became so wordy and esoteric that I realized I must have sounded rambling and confused.

I finally looked up from my cryptic notes and saw Daisy wearing a troubled, almost saddened look on her faced. Evidently, she had not caught the gist of the admiring comments bestowed upon her from the rest of the table. Timidly, she asked, “You don’t think I’m a dummy… do you?”

With about as much sincerity as I have ever mustered in my life, I tell her, “No Daisy, you are certainly no dummy!” As I sort my next hand I add, “Hey Daisy, care for some more coffee?”