ACBL founded on the bedrock of giving 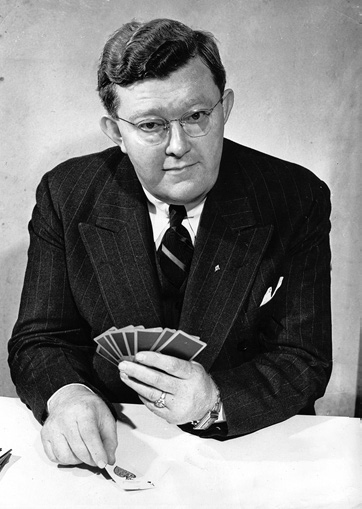 Credit Executive Secretary William McKenney for breathing the spirit of giving into the American Contract Bridge League at its founding, and for endowing the organization with a charitable heart.

At the first major tournament in 1937, McKenney announced “that the American Contract Bridge League, now assured of the united support of the more than 15,000,000 people who engage in America’s greatest pastime, had decided to put the bridge players of the United States behind great humanitarian causes, the object of which is to save human life and avert the ravages of disease.”

McKenney formed, then chaired the Sunshine Committee to study and approve humanitarian causes worthy of the support of the League’s members. In August 1938, an article in The Bulletin announced the Sunshine Committee’s first undertaking: “The plan of making the hobby of bridge lovers serve humanity has long had a prominent place in the plans of Secretary McKenney. For a time, he thought of cancer as a worthy cause; it was. Then those interested in infantile paralysis enlisted his sympathy, and none can deny that this too was deserving. Other great humanitarian causes appealed to him and his fellow members of the committee, but the trouble was that to center on any one of these brought objections from others whose hearts were bound up in equally deserving projects for the good of humanity.

Finally the solution was found. ‘Every community has children, and their wants are many. Why not have a party for their benefit, and spend the money which those who attend our card party pay for their benefit?’ he suggested, and his fellow members agreed.”

The goal was half a million dollars to be spent in the communities in which the money was raised. The committee called the drive “Have a Heart – Take a Hand” – a call to action that McKenney later declared would be the permanent slogan of the ACBL on behalf of its humanitarian causes “as long as there is an ACBL.” His vision:

“To start off the day, many women will give bridge luncheons or teas in their homes. Others may wish to entertain at dinner and play afterwards. Various social and civic clubs and lodges will undoubtedly make arrangements to put on their own parties and use the money raised for their own children’s charity while the biggest gathering in town will be the newspaper-sponsored public party in the public auditorium.”

Because the funds raised were spent locally, there is no final total reported. But there are results. For example, New York City bridge players furnished the children’s ward with 17 beds in Memorial Hospital. The Washington D.C. community raised $2500 to supply a blood and serum bank for underprivileged children. (The players more than doubled their contribution in the second-year card party.) Pittsburgh players bought needed oxygen for the city’s children’s hospital. The American Bridge Association asked to join the drive; black players in Virginia raised funds that purchased 278 pairs of shoes.

The Sunshine Committee and the bridge clubs kicked it into an even higher gear with the start of World War II, expanding their focus.“Take a Hand for Finland” in 1940 benefitted the Finnish Relief Fund. “Bridge for Ambulances” – a partnership with the British American Ambulance Corps – raised money to buy and ship ambulance airplanes, ambulances and the medical supplies to outfit them.

With the U.S. entry into the war at the end of 1941, charity drives multiplied. U.S. Defense Savings Bonds and Defense Stamps became both goal and prize: The ACBL, as well as many tournaments, discontinued the practice of awarding expensive trophies, substituting Victory Certificates and donating the money saved toward the war effort. One of McKenney’s major initiatives was the War Orphans Scholarship fund. “Buy a Bomber” aimed to raise $1 million in war bond sales. Special games and auctions were held, and kibitzing rights were sold at national tournaments. More than $265,000 was raised at the 1943 Summer National alone.

Throughout McKenney’s tenure as the League’s executive secretary, the “ears” beside the Bulletin flag on pg. 1 – the boxed messages that sandwich the name of the publication – publicized the philanthropic side of bridge: “Have a Heart – Take a Hand,” “Devoted to Bridge and Charity,” “Buying Bonds Buys Bombers,” “Remember the children of those who fight and die while we play.” McKenney retired in the fall of 1947. The ears beside the first Bulletin flag in 1948 signaled, if not a change of heart, perhaps a diversification of message: “Good Bridge Wins Master Points.”

In 1964, the ACBL Charity Foundation was incorporated to manage funds received through donations and charity games for donation to a national charity. Anywhere from $100,000 to $250,000 was raised annually for causes such as the American Cancer Society, March of Dimes and the National Diabetes Association.

In 2005, an effort to respond to community-based needs, the Foundation began distributing grant funds to the 25 districts in 2005. In a four-year cycle, districts are allocated $30,000 for disbursement.

Additionally, the local committee for each North American Bridge Championship receives a $5000 grant, and each of the district directors not serving as a Charity Foundation trustee is allotted $1000 a year to support the qualified charity of their choice. For more information about the Charity Foundation and applying for a grant, go to acbl.org/charity.

In 2013, the ACBL got behind a great humanitarian cause in a way that would make McKenney proud. The Longest Day, an annual fundraiser for the Alzheimer’s Association, has amassed more than $6 million to support caregivers and fund research. Not unlike America’s Card Party in 1939, clubs go all out with tremendous imagination, planning and execution. This year, clubs can select any day between June 17 and June 24 for their Longest Day charity games.

Somewhere along the way, “Have a Heart – Take a Hand” got lost as the ACBL’s permanent slogan on behalf of its work for humanitarian causes, but McKenney’s charitable heart still beats strong. 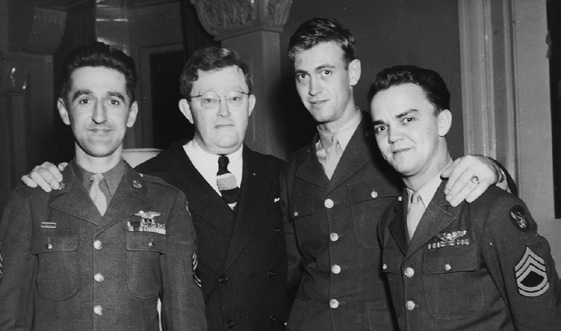