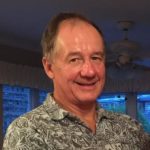 I then realized that knowing the score for doubled part scores off the top of my head may be a sign that it was time to unravel the mystery of the ubiquitous “double”.

When I learned the game at the kitchen table, “double” seemed like an easy concept. It meant “I don’t think you can make your contract, and I’m happy to double the stakes.”

But even in those prehistoric times, the takeout double was commonplace. It made sense that we aren’t going to get rich doubling our opponents at a low level, so why not make better use of the double. So the double now had a new meaning: “I got some stuff, partner, but no suit to bid. Bid something – I have your back.”

This was, in turn, augmented by the “negative double”, predicated on the infrequency of trump stack behind an opponent’s overcall and the challenge of showing general values. A third meaning had emerged: ”I can’t raise you or bid NT, but I have some stuff in the unbid suits.”

I should add that prior to bidding boxes, players sometimes relied on tone of voice to distinguish between a takeout “double?” and a penalty “double!!”

This is all to say that “back in the day” I had progressed well beyond Culbertson and played what was then a progressive version of Standard American. But little did I know how ill-prepared I would be for the modern use of double. (Perhaps I should have been forewarned by the choice to color the double card red.)

As recounted in my previous article, I had successfully devoted my life to mastering the various meanings of 2NT (though I’m not sure that undertaking such an endeavor could would qualify as having a life).

I had convinced my partner of my newfound wisdom and he agreed to play again the following week. I’m pleased to report we had no misunderstandings involving that pesky 2NT. In fact, we were cruising along for the first three rounds until the following auction: RHO opened 1♥, I doubled with my 4-1-4-4 hand, and LHO bid 2♥. When partner doubled, I figured “we got-cha!” and passed.

Partner: “How can you pass? That was a responsive double!”

Me: “It was an irresponsible double, if you ask me. You didn’t have hearts.”

Partner: “It’s RESPONSIVE, not responsible. It’s like a takeout double for the other suits. I had the minors.”

I almost asked him why he didn’t bid 2NT for the minors, but this didn’t seem to be the time to flaunt my newfound knowledge.

Me: “Okay. Responsive double. Unbid suits. Want to compete. But I got to tell you, things were a lot more straightforward 30 years ago.”

Partner: “Yeah, yeah – the older you get the better you used to play.”

Following that bump in the road, we parlayed an unusual 2NT and a Lebensohl into two good boards to regain momentum. Unfortunately, it was short lived.

Partner opened 1♣, I bid 1♠, LHO overcalled 2♦ and partner doubled. I reviewed and eliminated the possibilities. It couldn’t be a takeout double; there was only one suit left. It couldn’t be a responsive double; we had opened the bidding. As Sherlock Holmes said, when all other possibilities have been eliminated, whatever remains, however unlikely, must be the truth – a penalty double. I passed.

RHO: “That’s an odd score. Impressive that you know it off the top of your head.”

Me: “Had it last week. Vulnerable overtrick.”

My partner had moved along the grieving cycle from anger to resignation.

Me: “What were you supporting?”

Partner: “It showed support for your spades.”

Me: “I was taught to raise when I had support.”

My voice was tinged with more haughtiness than I intended.

Partner: “It showed three-card support – that’s why they invented the convention. A raise would show four-card support.”

It seemed prudent to project the illusion of being open-minded.

Me: “I can see the value of that. So, Support Doubles it is.”

The bridge gods were with us next round, as we harvested top boards from a lead out of turn and a bungled Minorwood auction by the opponents.

Unfortunately, we were forced to rely on our own abilities next round. It started innocently enough when partner opened 1♠. RHO overcalled 2♥ and I raised to 2♠. The fierce partscore battle escalated when my LHO bid 3♥. When partner doubled, my heart skipped a beat. We were engaged in a quintessential matchpoint part-score battle. Forget bridge: this was the equivalent of a street fight &mdahs; and they were not going to push us around vulnerable at three level.

Partner: “How can you pass my game try?”

Me: “Game try? You doubled their part score.”

Partner: “Of course I doubled their part score. How else can I make a game try over 3♥?

Partner: “That went out with ‘skip bid, please wait’. Modern players use 3♠ to compete.”

Something about the way he said “modern players” felt like a shot, though I was too numb at that point to know for sure. Wanting nothing more than to be considered a “modern player”, I waved the white flag.

Partner: “It’s already on the card – under Maximal Doubles.”

Me: “So that’s the meaning of Maximal Doubles. I thought it was something that Brian Maksymetz dreamed up. Oh, well — live and learn.”

After dissecting our 48% game, I was relieved to find two hands in which partner blew an overtrick. Had he not butchered those hands we would have scored at least 51% and the raft of -730’s and -380’s would have been blended in to description of “slightly over average”.

The sarcastic tone of “modern player,” however, stung like a paper cut (one of which I had suffered while grabbing for our convention card to see if Maximal Doubles was a real convention.) I was determined to redeem myself. I parsed through my Bridge Bulletins, desperately seeking a cutting-edge double.

And there it was, staring back at me from page 60 of the July Bulletin under the appropriate title “Mike’s Advice”. I glanced at my faded “Dallas Aces” coffee mug (circa 1974), and knew my prayers had been answered under the title “A new double.” Even the most curmudgeonly of partners would have to be impressed by words of wisdom from Mike Lawrence. He wrote of a double in competition to differentiate between a raise of partner’s overcall with a top three honor and a raise without an honor.

Unfortunately, Mike had not named his “new double,” though somewhere in my deep recesses of my mind, I recalled a lead-directing “Rosenkranz double.” With the aid of google and bridgebum.com, I realized that indeed, Senor George Rosenkranz introduced a double that showed at least three of partner’s overcalled suit with an honor. I now had a name for the convention with which I would soon dazzle my partner. Except on further reading, it appeared that experts modified the convention so that the double would show a raise without an honor. I thought of contacting Senor Rosenkranz to clarify these treatments, but decided that the venerable 101-year-old likely had better things to do with his remaining years.

So I prepared to spring “Reverse Rosenkranz” on my unsuspecting partner, but decided to add some sizzle to the steak by drawing on Shakespeare’s Rosencrantz and Guildenstern to come up with the rather elegant “Guildenstern Doubles.”

Wednesday night finally arrived. My partner and I were reviewing our convention card when I put my plan into action. Finally — I could hoist him on his own petard and introduce a double that he hadn’t heard of. I forced myself to appear casual:

Me: “I was noticing a hole in our system.”

Partner: “I’m just glad you finally noticed we had a system.”

Me (smugly): “It’s nothing that adding Guildenstern Doubles wouldn’t fix.”

Partner squirmed. He rubbed his brow in contemplation. He was clearly scrambling for a way to save face. It was his turn to be confused and I relished his discomfort. But then:

Partner: “I guess. I prefer the original Rosenkranz, but I’m okay with either.”

Damn. He must have read the Bulletin, too. My attempt at redemption thwarted, I masked my chagrin by fumbling with the convention card to locate the appropriate place to add “Guildenstern”. Partner could sense my deflation, but must have liked my initiative.

Partner: “This is great. Not only did you notice we have a system, but you’ve added Guildenstern. You’re really emerging into the modern game.”

The term “modern” salved my wounded ego, which may have accounted for my lack of resistance to what followed.

And then I heard the word that would haunt my dreams for months to come . . .