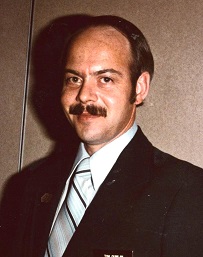 Retired National Tournament Director Tom Quinlan passed peacefully at home on June 26 with his loving wife at his side.

Born and raised in San Gabriel CA, Tom moved to the San Francisco Bay area to attend the Univ. of California at Berkeley. After graduating with a degree in sociology, he spent two years in the U.S. Army.

“TQ,” as Tom was known to his bridge friends, spent his working years as a tournament director for the American Contract Bridge League, traveling all over the United States and making many friends as he set up and managed bridge tournaments. His successful directing career spanned 40 years and he achieved the highest rank of national TD 10 years prior to retirement.

In addition to his passion for playing bridge, Tom loved music from classical to country, and particularly enjoyed listening to jazz on KCSM radio. He also loved to cook, and grew his own herbs for sauces and marinades. After retirement, Tom volunteered at the Woodside Filoli House and Garden Summer Jazz concerts.